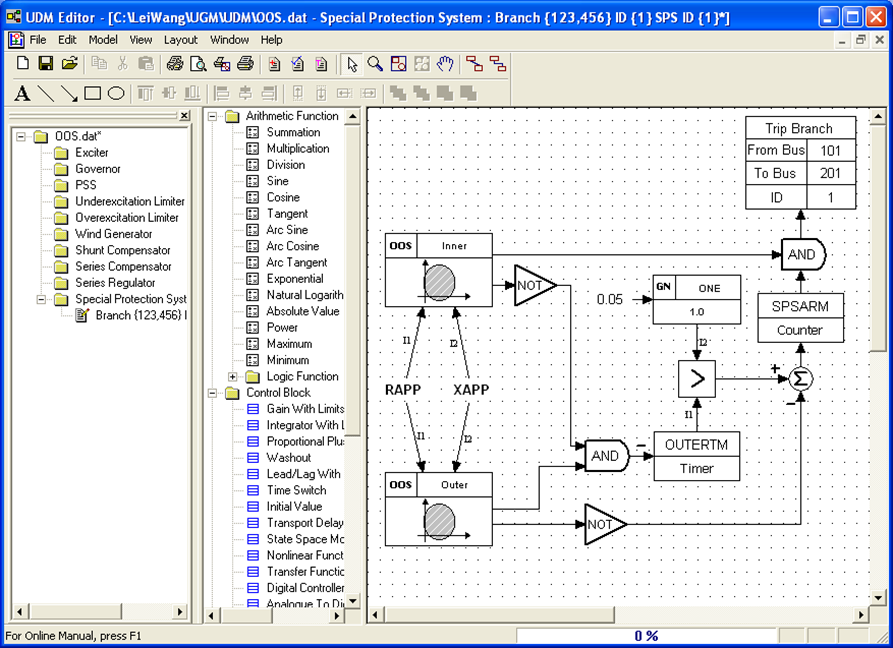 User-Defined Model Editor (UDM Editor) is a module included in the standard package of VSAT, TSAT, and SSAT. It incorporates features and functions to allow the smooth and efficient creation of UDM in a graphical environment. The resulting models are accepted directly in VSAT, TSAT, SSAT (depending model type).

A UDM is created using a function-block and connectivity-based approach. UDM Editor provides a comprehensive library of logical functions, math functions, control functions, input signals, and physical device models for use in building UDM. The user can also supply custom function blocks written in C/C++ in form of DLLs to be included in a UDM as Dynamically Linked Blocks (DLBs).

Once a UDM is created, validation can be performed to ensure that the model meets VSAT, TSAT, and SSAT requirements.

Typical models are available for each model type in the model template library to provide starting point for building a custom model.